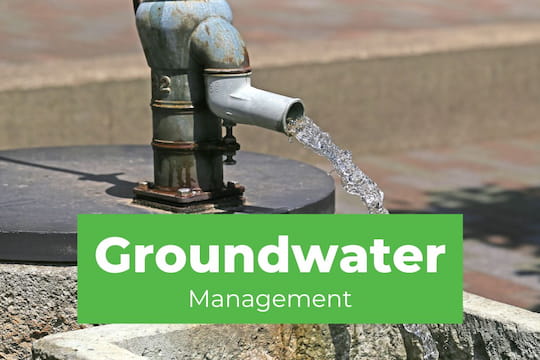 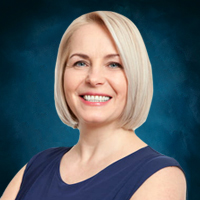 Groundwater is an environmental resource that lurks hidden in the background for those unaware, such as community residents across the nation. Some might have a vague idea about groundwater and underground aquifers. Still, many people probably do not realize how much of their everyday water for drinking, cooking, showering, and more comes from these underground stores.

Groundwater lies hidden in the rocks and sediment of the earth’s crust. Some sources state that around 95% of the nation’s freshwater comes from these underground stores of captured rainfall. The invisible nature of this water means that, outside of the circle of scientists, hydrogeologists, engineers, and others working in the field of water management, few realize the urgency of protecting this critical and increasingly scarce resource.

Fortunately, more organizations have begun to study and record the existing stores of groundwater and the depletion rates of various aquifers around the world. This information, along with multiple types of groundwater management activities, can help countries and communities across the globe do what is needed to protect and preserve this life-sustaining supply of water.

To define groundwater precisely, it comes from rainfall and other water that soaks into the ground through permeable soil, sandy areas, and gravel. The water sinks below the water table until it hits an impermeable surface, such as solid rock. As more water sinks, it collects in the tiny pores and spaces in between loose, unconsolidated geologic formations such as soil and sand.

The collected water is called an aquifer or underground saturated earth formation. Aquifers vary significantly in size depending on geographic location and other factors. Some lie directly below lakes and other bodies of water, while others lie in enclosed spaces below soil and rock. Some groundwater is relatively new, as it has seeped into the earth over the past 50 years. Other aquifers contain older water trapped in underground storage for thousands or millions of years.

Groundwater aquifers are notable in that they not only store water but also yield it quickly, making them ideal for drawing water supplies to irrigate fields and provide water for drinking and other needs.

Why Is Groundwater So Important?

Every civilization needs water to sustain life. It is not always clear exactly where that water comes from, but many arid parts of the globe do not receive nearly enough rainfall to meet their water needs. The difference is made up by drawing water out of the ground supplies. Groundwater is vital as a dependable water supply for humans. Across the globe, almost 50% of drinking water comes from groundwater sources. Irrigation draws nearly 45% of its water from underground water supplies.

Groundwater is becoming increasingly scarce, as more water is taken out of groundwater stores than the amount replenished yearly. In extremely hot, dry countries, such as India, it is reported that about 65% of the country’s aquifers are below normal levels due to many withdrawals and not enough deposits of water.

The urgent need to conserve and protect groundwater has become more prominent in many countries and states. Before groundwater got the respect it deserved, countries such as Saudi Arabia used groundwater to the extent that some experts predict the country will have completely depleted all of its groundwater, even the oldest fossil stores, within the next 25 years.

The state of California has allowed farms to tap into its aquifers without much oversight in the past. The state also has dry, desert-type conditions, with years of drought and low rainfall. California is now facing the danger of running out of water in the near future due to depleted groundwater stores.

How Much We Depend on Groundwater

Some areas have the good fortune of adequate rainfall, which can replenish groundwater stores over time. In Washington state, for example, the west side of the Cascades receives an abundance of water. In fact, it receives about four times as much rainfall as the eastern side of Washington state. This varied climate causes different needs for groundwater across the state.

The Environmental Protection Agency (EPA) says that Washingtonians get 75% of their water from surface stores, and only 25% comes from groundwater. While this sounds very sustainable, even the seemingly water-rich state still gets 60% of its drinking water from its groundwater stores.

It is hard to overemphasize how much humans depend on groundwater for life, even in areas such as Washington, where water seems plentiful.

Managing groundwater stores means dealing with a complex web of varying interests and motivations between different parties. Humans need to maintain and preserve the earth’s physical environment, but humans also have desires and needs for many societal activities and life sustenance that require water use.

This situation makes the problem of groundwater management a difficult nut to crack. Businesses and communities that use aquifers have little motivation to take actions that preserve water if it also limits the amount available to them. Any water preserved today might be exploited by future generations, and rivalries develop between those who have the resource today and those who want to preserve it for tomorrow.

Types of groundwater management include actions that aim to conserve the existing water, capture and retain more water to increase stores, and maintain or improve the quality of existing water stores so that pollution does not make the water unusable. These tasks are made possible and more likely with the fourth part of groundwater management, which is regulated to enforce certain behaviors and standards.

An obvious way to conserve groundwater is to stop pumping it out of the aquifers. This action can also be a no-cost way to stop deteriorating conditions due to land sinkage and other problems caused by depleted groundwater stores. However, this method also involves finding a different supply of water, which is the hard part.

In some areas with a good amount of rainfall and adequate surface water supplies, a program of “conjunctive use” can give aquifers a rest and time to recharge their water supplies. The necessary water comes from surface stores as long as they’re available and switching to groundwater only as needed to supplement surface water stores.

However, this method does not work in all areas, as some dry, drought-ridden states such as California have no choice but to rely on groundwater due to the lack of large, continually replenished surface water stores.

Additionally, some groundwater stores draw from nearby streams or rivers. Giving the aquifer a rest does not save any for the future in this case. Pumping water from the aquifer is the same as pumping water from the nearby stream. The aquifer’s water never gets rested or recharged because it was always an extension of the stream rather than another standalone storage pocket of water. It is not always easy to understand how aquifers get their water in the first place.

Manage by Increasing the Supply

The primary water flowing into an aquifer is known as the recharge. Not all of the water that soaks into the ground recharges aquifers. Some evaporate, and some stays at a level above the water table.

Aquifer recharge can happen at different rates in differing areas of the underground basin. Recharge is complicated to measure, and it is not easy to understand how and where a given aquifer is getting its recharge or how quickly it happens.

Experts know that aquifers recharge with water that flows around the basin's edge, where the aquifer might be exposed to the earth’s surface. The recharge areas could also lie just below a thin layer of soil. Recharge is known to also commonly occur through streams and river beds with bottom layers of porous rock and soil forming aquifers' top.

Developments that use landscaping techniques to increase permeable areas in urban and suburban centers can help increase the amount of water that soaks into the ground and recharges local aquifers.

The water supply becomes more usable as its quality increases. Aside from depleted aquifers, pollution is another threat that can make groundwater unusable, even if it is not depleted. If groundwater lies close to the ocean, it typically has a high salt level, making the water unusable for most human needs.

Human activities, such as pollution from manufacturing processes, environmental factors, and poorly maintained stormwater drainage systems, could also negatively impact the quality of groundwater stores. Fortunately, communities can take simple actions such as catch basin maintenance and cleaning to do their part in keeping additional pollutants out of the water that flows into above-and under-ground water stores.

Some groundwater pollution is easy to trace, such as an underground tank that leaks chemicals or waste into the surrounding areas. In other cases, pollutants come from less direct sources, such as road salt in winter and oil and gasoline residues that wash off of paved roads and into stormwater management systems. These and other pollutants are sometimes carried with the water into underground aquifers, and the polluted water sits without treatment, making it unsuitable for drinking and other daily uses.

Some states have enacted legislation to enforce certain behaviors that will maintain existing stores of groundwater and hopefully help recharge them. In California, the Sustainable Groundwater Management Act (SGMA) was put in place in 2014 to stop the excessive pumping of groundwater.

California’s groundwater does not get recharged nearly as fast as it gets used up, and the SGMA is an attempt to fix that balance. The act mandates that local water agencies adopt plans for sustainability as it pertains to priority groundwater stores.

Let Us Help You Participate in Keeping Groundwater Clean

CatchAll Environmental cares deeply about water quality and sustainability. We have developed the CatchAll System, which includes an affordable, comprehensive stormwater maintenance program to help keep pollutants out of waterways while letting clean water flow through. We have also published a free guide on our website to lead stormwater system managers through a stress-free and affordable stormwater system inspection.

Contact us today to see how easily we can save you money on system repairs, increase your system’s effectiveness, and help you get and stay in regulatory compliance so that you can do your part to maintain clean and quality water supplies. 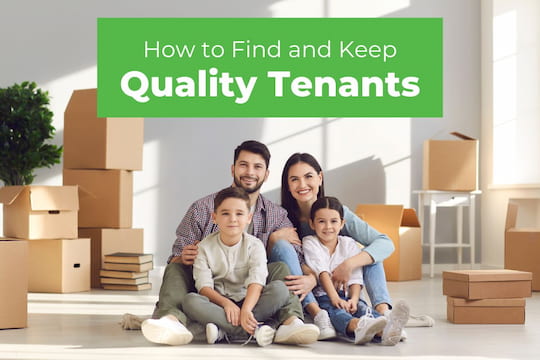 How to Find and Keep Quality Tenants 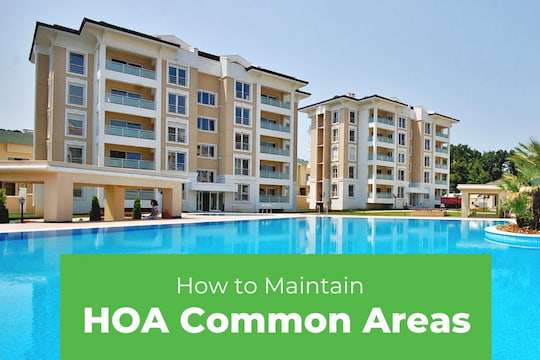 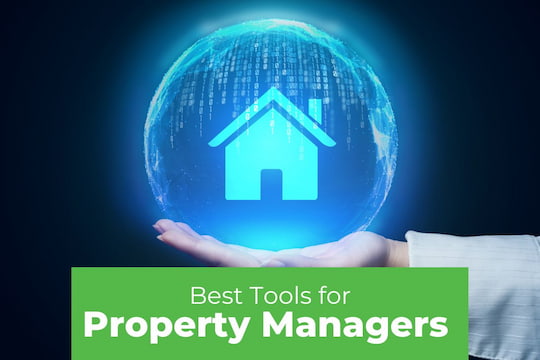 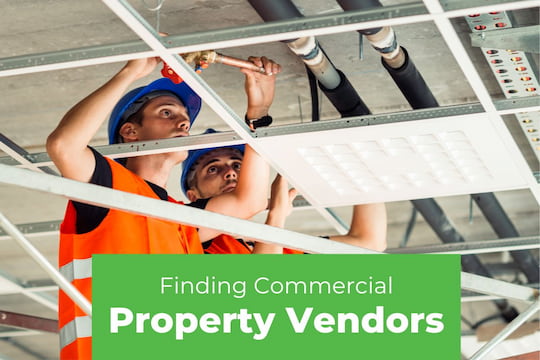 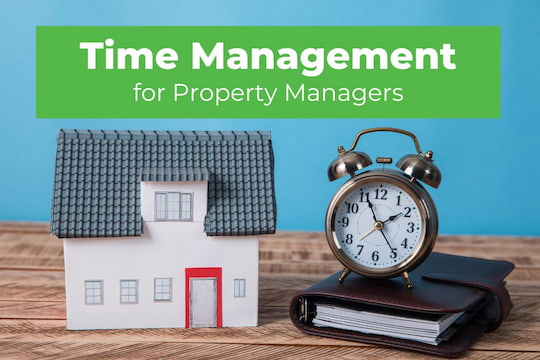